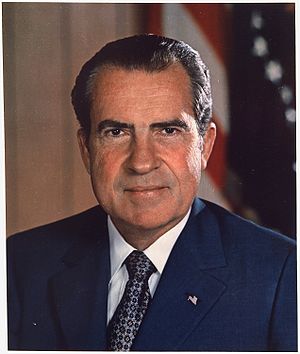 During the Watergate probe, the question continually asked was, “What did President Nixon know and when did he know it?” Our judgment of his behavior depends on the answer to those questions. The more he knew and the earlier he knew it, the worse it was. The Iran-Contra investigation of the decision to sell arms to Iran and use the proceeds to support the Nicaraguan Contras raised identical questions of President Reagan’s knowledge. Everyone seems to realize the importance of knowledge and intent because the first line of defense is usually a denial of both.

Children are judged by more lenient standards than adults because “they don’t know any better.” So, if a four-year old child steals a friends toy or even takes a gun and shoots and kills her little brother, we temper our moral judgments of the little girl because she did not have sufficient understanding of the significance of her act to be culpable (guilty of moral blame). Does this mean that we do not think the theft or the killing was wrong? Of course not. But in some cases we have to make two separate judgments, one on the act and the other on the actor. Knowledge of one’s moral obligations is generally a prerequisite for imposing blame.

In fact, the traditional form of the legal defense of insanity is based on the claim that a criminal defendant, as a result of a disease of the mind, either did not know the nature and quality of the act or that it was wrong. Thus, although ignorance of the law is no excuse, ignorance of the ethical implications of an act may be. When we are truly and innocently unaware of the likely consequences of our choices and actions, the judgment of us as good or bad persons should be separated from the judgment of the goodness or badness of our conduct or its results.

But what if you know an act is wrong and you do it any way? Does acknowledgment of your wrongdoing mitigate the blame? The first time I conducted an ethics program for high school students I was surprised how many of the students who admitted to cheating and theft comforted themselves with the observation, “at least I know it is wrong.” For some irrational reason, many people feel better about themselves simply because they are willing to admit it when they fall short of ethical standards. Confession may be good for the soul, but it does not negate moral responsibility. A person who knows an act is wrong but does it anyway is actually less ethical than one who does the same act without such knowledge.

A state senator provided a more subtle version of the “partial credit” rationale. During a discussion of the difficulties of being honest during a campaign, the lawmaker justified his willingness to stretch or evade the truth in a peculiar way: “I’m as honest as the voters will let me be.” Even though he admitted that he was sometimes dishonest, his moral self-esteem was high because he acknowledged the importance of honesty and demonstrated a preference for it. He only lied when he had to. Wanting to be honest is important but not sufficient. An ethical person consistently does the right thing despite temptations and pressures to do otherwise. “But “if I don’t lie on my résumé I won’t get the job,” an earnest young woman said. “And I really need the job. What do you expect me to do?” From a moral perspective, the answer is easy — do the right thing. People of character and ethics do the right thing even when it costs more than they want to pay.

Motives are relevant, however, in determining whether an act is truly one of charity or caring. A charitable donation driven primarily by self-seeking or self-serving motives (tax benefits, glory, political clout) is not an act of altruism; it is an investment. The mobster, slumlord, or even the status-hungry tycoon who gives away money to good causes primarily in order to restore a reputation or gain status is engaged in a self-promoting public relations not a morally noble act of generosity. We can acknowledge the practical reality that money is money and appreciate all the good it can do, but we should not confuse this with philanthropy. If we do we obliterate the distinction between those who really care about others and those who don’t. There is nothing unethical about giving money to achieve tax goals or social benefits. Since ethical motivations — genuine caring, compassion, and a desire to do one’s share — do not enter into the picture, such acts are ethically neutral, at best.

When I was teaching law, a student came into my office to tell me I had misgraded his exam. I had miscalculated in his favor. I was pleased at this young man’s integrity and told him so as I began to change my records to reflect the lower score. He looked shocked. “I never would have come in if I knew you were . . .” He blurted out. He didn’t finish the sentence, but it was too late. He blew his cover.

He thought he could have it both ways: he would win praise for being honest and I would reward him by letting him keep the higher, unearned mark. He wasn’t being ethical at all. It was supposed to be a no-lose situation. Once he saw the cost of his honesty, he was unwilling to pay it.

Did I do the right thing by insisting on changing the grade or did I lose a chance to encourage honesty? Some of my colleagues at the time, thought my action was counterproductive, that all I accomplished was to reinforce the cynicism of this young man and anyone else he told about the incident: I had taught him that honesty is for suckers. I think I accomplished more than that. After all, there were other considerations besides this one student’s moral consciousness and other stakeholders. How could I ignore the obligation to all my students and to the law school itself to assure that my grades reflected my best-faith efforts to evaluate competency? It would violate fundamental principles of justice and fairness to give a student a better grade than he earned to compensate for my mistake. Had I failed to correct the grade, I would have been rewarding not honesty but shrewdness. I am glad that this young man left my office knowing that sometimes there is a cost to ethics. If he was unwilling to pay the price, at least he had to give up the claim to virtue.

Doing the right thing only when it’s in one’s self-interest isn’t ethics. It’s a calculated investment based on a cost-benefit analysis where the controlling factor is personal gain or advantage. The law student who reported the error on his test is a good example. My generation was taught to revere George Washington’s honesty because he told his father, “I cannot tell a lie. It was I who cut down the cherry tree.” That proverbial act of honesty paid lavish dividends throughout Washington’s life. I am not really challenging his well-deserved reputation for integrity. He proved it in many far more compelling situations. Still, I can’t help wondering if this story would have been treated as such a positive sign of good character if we knew George had no hope of getting away with a lie and he was simply cutting his losses. Let’s face it, how many other suspects were there.