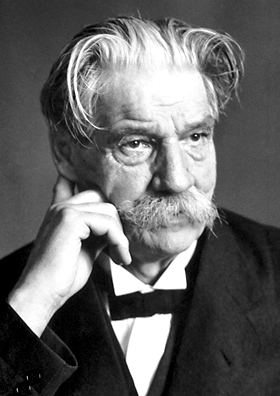 Like other terminology of ethics, the term virtue can be used in non-moral and moral senses. Certain positive traits we call virtues such as prudence, cheerfulness, sense of humor, frugality, and cleanliness are prized not because they demonstrate morality but because they tend to lead to personal happiness and success. In the context of ethics, virtue refers to moral excellence and those good qualities that contribute to living life in accordance with ethical principles (such as honor and integrity). Whereas moral duty expresses the basic requirements of ethical behavior, virtue refers to a higher level of moral goodness — doing more than we have a duty to do. We admire and praise virtues as righteousness above and beyond moral duty. For example, it is generally believed that we should help those in need and be kind and charitable within our means. People who could help others without undue hardship but do not, fail to perform the moral duty of caring. People reflect the virtue of generosity, however, when they give more than duty requires of them. By the same token, most of us would agree that we do not have a moral duty to risk our lives to prevent the rape of a stranger. Likewise, few would say it is unethical to decline to donate a kidney to a family member. Nevertheless, people who rescue others and selflessly give of themselves in these types of situations exhibit moral virtue by demonstrating extraordinary devotion to the promotion of human welfare.

It is enough if we are good. It is better that we are noble. If you want to be a good, decent person, do your duty. If you want to be even better, do more. Albert Schweitzerand Mother Teresa enter the moral stratosphere because they devoted their whole lives to helping the less fortunate. As admirable as such devotion is, however, it is important to recognize that those of us who fall short of their high standards of personal sacrifice are not necessarily ethical failures.

To illustrate this in another way, suppose a terrorist throws a grenade into a crowded room. John, who is closest to the grenade, dives under a table. Joe grabs the nearest child to shield his own body. Jane pushes Joe out of the way and throws herself on the grenade, sacrificing herself to save others in the room. Jane’s act is clearly a heroic act of moral virtue. John’s dive to safety is neither virtuous nor shameful. As he seeks to save himself, he does neither harm nor good. He is not noble, but neither is he immoral or unethical. Joe’s action, on the other hand, is reprehensible. By his attempt to save himself using an innocent child, he violates the moral duty to do no harm. Incidentally, from a moral perspective, he is no less blameworthy because the child was not actually harmed. Moral condemnation is appropriate since he was willing to injure the child to save himself, and he acted on that will.