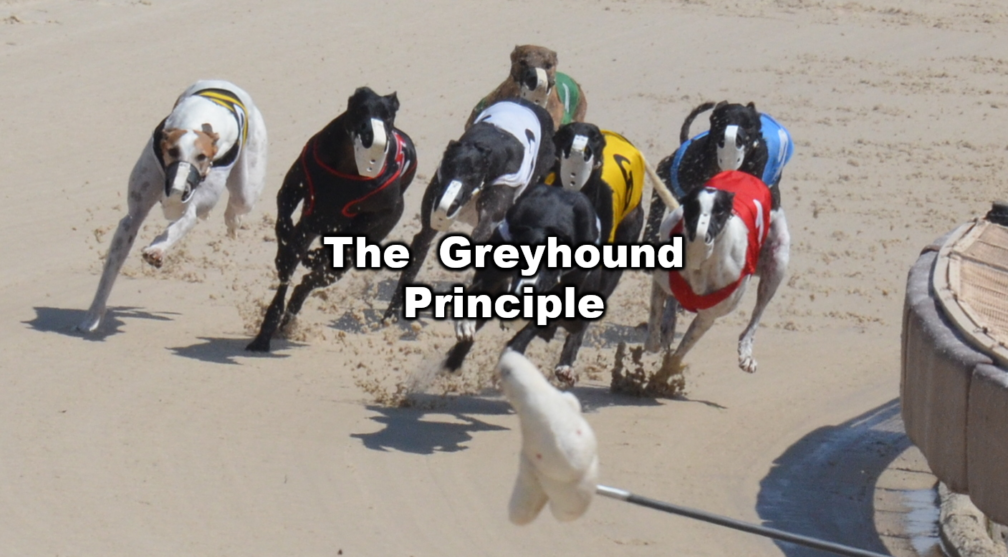 A common management strategy to spur achievement is to set aggressive performance objectives that, like the mechanical rabbits that pace racing greyhounds, push employees to maximum effort. Using “stretch goals” can be successful, but unreasonably high performance goals often spawn dishonesty and irresponsibility as well as or instead of achievement.

Observing the real impact of unrealistic stretch goals reveals that a disturbing number of employees will conclude that distortion, deception, and even outright falsification of numbers are justified to keep their jobs and earn their bonuses – it’s a matter of survival. As a result, almost everyone seems to reach their stretch goals, and management congratulates itself on generating an unbroken string of reported growth which not misrepresents actual performance, it may mask serious leadership problems and systemic deficiencies.

Organizational audits conducted by the Josephson Institute consistently reveal that a high percentage of employees who feel pressured to achieve ever-escalating numerical goals ignore or defer problems and manipulate or falsify reports to help them “hit their numbers.” This has created a culture where the appearance of success matters more than actual success.

This phenomenon is not limited to business. Educational administrators in Atlanta, Houston, Philadelphia and other cities were caught cheating to overstate student performance and manipulation to understate drop-out rates. Similarly, city officials and policing organizations who publish crime statistics are often manipulated in a manner that distorts rather than reveals the effectiveness of law enforcement strategies.

The crippling mortgage scandals involving Freddie Mac and Fannie Mae as well as hundreds of financial institutions was perpetuated by both manipulation and fabrication of numbers. The deceptive accounting tactics that caused a collapse of trust in Wall Street and the mortgage industry illustrate one coping strategy called “backing into the numbers.”

There’s an old joke about a company interviewing various candidates for a major management position. The final question for each candidate was, how much is 2 plus 2? A fellow with an engineering background said, “It depends on whether it is a positive or negative 2. The answer could be 4, 0 or minus 4.” A woman whose specialty  was marketing said: “Well, if we put the 2’s along side each other it could be 22.” The successful candidate  looked the questioner in the eye and said, “How much do you want it to be?”

There’s nothing wrong with aggressive growth and profit goals, but people are not racing greyhounds. When the stakes are very high, many who can’t catch the rabbit will pretend they did.

Whether the motive is fear, ambition or greed, in a system that seems rigged against them, at least some employees are bound to invent or use well-worn “beat the system” gaming strategies that don’t involve outright falsification. Some will resort to outright lying.

Those with a conscience will use an array of justifications: “Everyone does it.” “I need this job.” “I’m just protecting myself from an unfair system.” and “My bosses know what’s going on and they expect it.”

Unfortunately, the last rationale may be right. Even high level executives and middle managers are caught in the same dog race.  Too many bosses and supervisors accept, and possibly expect, the folks under them  to do what needs to be done so everyone looks good.

In such a culture, all that matters is the illusion of success.

Pressure is no excuse for cheating, but it is a frequent cause.

Responsible management needs to take into account the propensity of pressured employees to settle for the appearance of achievement where actual achievement seems out of reach.

The challenge for leadership is to make it clear that absolute integrity is a ground rule that can’ be compromised. Good leadership, however, also recognizes that they are responsible to create a climate where people of integrity can not only survive but flourish. This means they have to create trust that performance will be fairly evaluated and recognized whether or not it hits the numbers. Finally, leadership has to make integrity a priority by putting a high value on character in hiring, training, promotion, compensation, and discipline.

Please visit and browse around our websites at www.charactercounts.org and www.josephsoninstitute.org