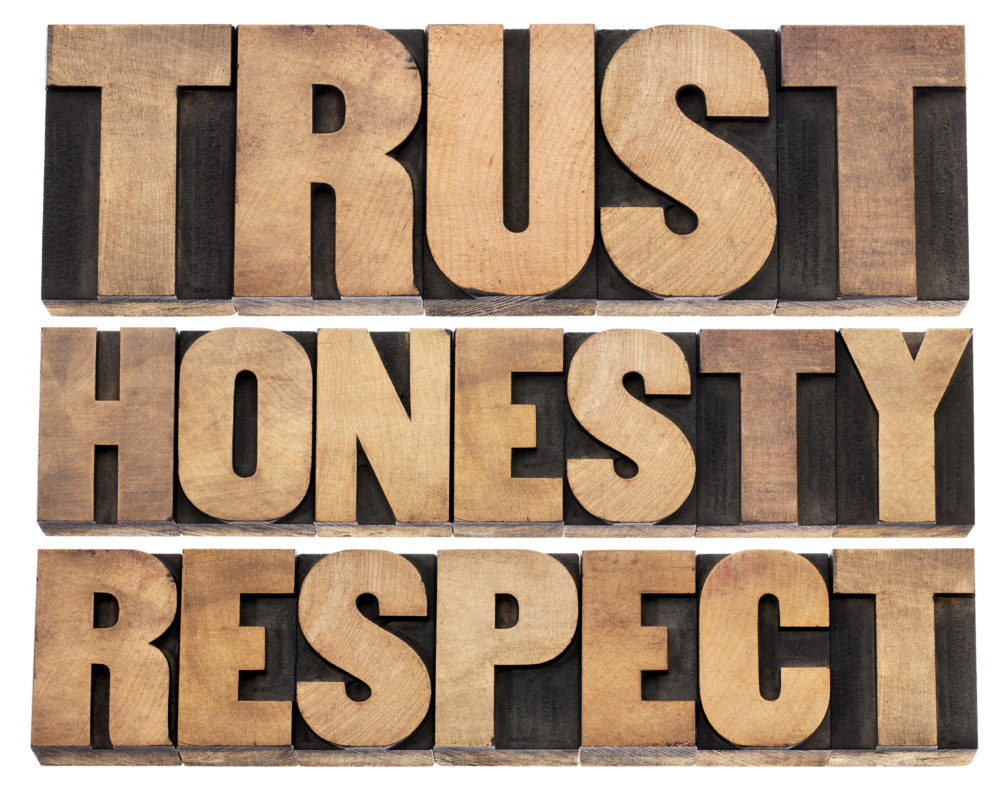 Reputation, trust and credibility are assets no organization can afford to lose and the surest way to lose them is to lie. Honesty may not always pay, but lying always costs.

Building trust is like building a tower, stone by stone. But no matter how high or strong the tower seems, if you remove a stone from the bottom the will collapse. That’s what lying does — it removes the foundation stone of trust.

Lying often gives us short-term  advantages and lies that remain undiscovered (as most do) may provide short-term benefits. But there is no security in secrecy or concealment. Every undiscovered lie, even a seemingly small one, is a landmine capable of destroying trust.

Lies breed more lies to cover-up. Winston Churchill spoke about each lie needing a bodyguard of lies to protect itself. Even lies we justify by our good intentions, the one’s we call “white lies” can blow up in our face when discovered. The lie often looks very different from the perspective of the person lied to than the person telling the lie. How many of us would give permission to people we know to “lie to me whenever you think it is for my own good”?

We can rationalize, justify or try to minimize our lies to ease our own conscience but usually such defensive behavior adds insult to injury and deepens distrust. How many lies can you tell before you are a liar? How many lies can someone tell you before distrust sets in? Once we discover that someone has lied to us we look back on past conversations and ask: “What else has he lied to me about?” Can you lie to a liar and not become a liar?

We can apologize, ask for forgiveness and promise to never lie again, but we usually can’t obliterate the scar or even fully heal the wound caused by our lie.

We also can’t try to disguise our lies in half-truths or concealment. While we might use other terms like deception, distortion, misrepresentation, insincerity or a lack of candor the terminology isn’t important. At its root, lying is intentional dishonesty, deliberately trying to make a person believe something that is not true. It’s not only dishonest though, it’s disrespectful.

It’s also a very bad strategy. Lying to avoid problems is like getting drunk to forget them. It’s a temporary solution with the worst sort of hangover. Your problems are still there, but they are even bigger because now you can’t be trusted.–Michael Josephson